David was born in Lady Frere, a rural village situated in the Eastern Cape and grew up in Khayelitsha, Western Cape where he did his schooling until Matric (2008). He graduated with a National Diploma in Mechanical Engineering at Cape Peninsula University of Technology (CPUT). Currently, David is completing a BTech degree in Mechanical Engineering from the University of South Africa (UNISA) and he has completed a number of Metrology courses (Introduction to Measurement, Method Validation, Uncertainty of Measurement, Pressure Metrology, Mass Metrology ) offered by the National Laboratory Association SA.

In 2014, David obtained 1-year Engineering Internship at a proudly South African company established in 2003 to revive strategically significant vaccine development and manufacturing capability in South Africa. Following his Internship, David became the first Calibration Technician after a need was determined by his line-manger and himself, to have an on-site calibration department. In this role he was tasked with the responsibility of setting up the section by drafting procedures, sourcing, and purchasing calibration equipment, planning, and executing all calibrations on site, training of interns and other technicians. David was also afforded the opportunity to attend trainings to better understand the calibration requirements.

For better opportunities and personal growth, he decided to relocate to Gauteng in May 2017 and joined Kiara Health (previously Novartis) as a Calibration Technician.

According to David, calibration plays a major role in producing quality products and is very critical in pharmaceutical manufacturing as this has an impact on Patient, Safety and Business. “If we need to ensure that a room maintains certain conditions (temperature, pressure, and humidity) then I need to calibrate these measuring instruments”, says David. “Calibration also plays a role in our everyday lives. For example, when they weigh your good piece of steak, that scale is calibrated, so you don’t pay more for a small piece, or the business owner does not lose profit by giving you more than what you paid for. Here the impact is just business-related no patient safety. Another example would be during Covid19 screening – the infrared thermometers are calibrated so they can show the temperature of your body accurately.”

David loves taking on new challenges, so says he got excited when an opportunity arose to take over the site drawings (facilities drawings, utilities drawings etc) using Autocad and Microsoft Visio, thereby expanding his portfolio. He is also keen on expanding his skillset and expertise. David says: “Whenever an opportunity becomes available for me to add value, I grab it with both hands and make the most out of it.”

David reaffirms that he is all about education and upliftment and this is reflected in his endeavours outside of work. He saw the need for having a calibration section at his previous workplace and having grown up in a disadvantaged area where job scarcity is rife, David decided to fill both and founded the Khayelitsha Engineering Society (KES). KES is a Non-profit Organisation (NPO) that mentors, motivates, and tutors learners, while increasing awareness (initially only in South African townships) of the advantages of enrolling for an Engineering Qualification and thereafter, working in the Engineering Field.  “The drive for me to start the Society came when I was sitting in a first-year mathematics class at UCT [University of Cape Town] and an integral sign was drawn on the board. The class was asked how many of us knew what the sign meant.  All students that went to more privileged ‘Model-C schools’ put up their hands and only the kids who came from less-advantaged schools (myself included), did not. I decided then and there to dedicate efforts toward never having another less-privileged child not know what an integral sign meant.”

The Society (KES) was first launched in Cape Town in 2015 and expanded to Gauteng when David relocated. The exciting news is that in October 2020, KES was successfully launched in Botswana and kicked-off with a tutoring and mentorship programme. As a society, KES has embarked on several outreach initiatives such as organising accredited first aid training to about fifty community members in Mitchells Plain and Khayelitsha; collecting clothes and food for victims of house fires; and assisting disabled youth in Khayelitsha. Recently during the SARS-CoV-2 pandemic lockdowns in South Africa, KES ensured that about 70 families did not go hungry in Alexandra, Thembisa and Daveyton. An added feather in his cap, is that David was an Eskom Science District Judge.

David Matiwane embodies the values which Kiara Health holds dear. These are

We are proud to showcase David Matiwane as a valuable associate of the Kiara Health team. 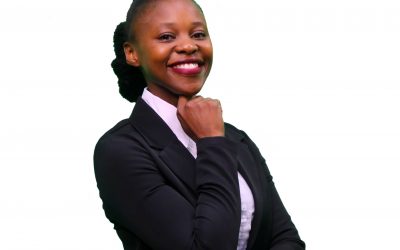 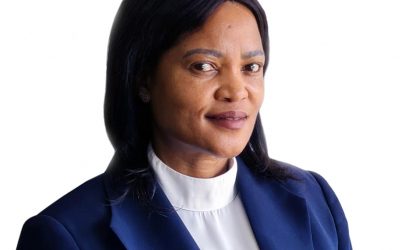